Can.  1249 The divine law binds all the Christian faithful to do penance each in his or her own way. In order for all to be united among themselves by some common observance of penance, however,

Can.  1250 The penitential days and times in the universal Church are every Friday of the whole year and the season of Lent.

Can.  1251 Abstinence from eating meat or some other food according to the prescripts of the conference of bishops is to be observed on, of abstinence binds those who have completed their fourteenth year of age. The law of fasting, however, binds all those who have attained their majority until the beginning of their sixtieth year. Nevertheless, pastors of souls and parents are to take care that minors not bound by the law of fast and abstinence are also educated in a genuine sense of penance.

Can.  1253 The conference of bishops can determine more precisely the observance of fast and abstinence as well as substitute other forms of penance, especially works of charity and exercises of piety, in whole or in part, for abstinence and fast.

And what of queen Esther? She too had recourse to the Lord, in her fear of the danger that threatened.  Laid aside were those royal robes of hers, her array must tell only of grief and lament; dust and dung should be all her anointing now. Her body she tamed with fasting; only her torn locks hung where once she had loved to adorn her beauty.  In such guise she made her plea to the Lord, the God of Israel; Lord, our King, thou reignest alone; befriend a lonely heart that can find help nowhere but in thee. (Esther 14:2)

Lord, thou knowest all things; thou knowest how I hate the splendours of a godless court, how unwillingly I mate with an alien lord, a lord uncircumcised. The sport of ill-chance, how little I love the proud emblem of royalty I must wear before the world! Loathsome to me as the rags we women cast aside, how gladly I tear it from my brow, in this cool hour!  At Aman’s board I would never sit; even the king’s banquets have no taste for me, nor would I drink the wine from which he pours libation.  Ever since they brought me here, comfort thy handmaid had none, Lord God of Abraham, save in thee! (Esther 14:2)

The Bible describes four types of fasting: a regular fast, a partial fast, a full fast, and a sexual fast.

2a : habitual abstaining from intoxicating beverages
b : abstention from sexual intercourse
Catholic Christians abstain from food and drink for an hour prior to taking Holy Communion, and abstain from meat on Ash Wednesday and on Fridays during Lent.
The Christian tradition of fasts and abstinence developed from Old Testament practices, and were an integral part of the early church community. Early Christians practiced regular weekly fasts on Wednesdays and Fridays.
History
Many Traditionalist Catholics abstain from eating meat all Fridays in the year.
Fasting is the reduction of one’s intake of food, while abstinence refers to refraining from meat (or another type of food).  The purpose of fasting is spiritual focus, self-discipline, imitation of Christ, and performing penance.
A Question

Litaniæ Sanctorum – a formal prayer of the Catholic Church; a prayer to the Triune God including invocations for the intercession of the Blessed Virgin Mary, the Angels and all the martyrs and saints upon whom Christianity was founded, and those recognised as saints through the subsequent history of the church.

Ask and it shall be given to you 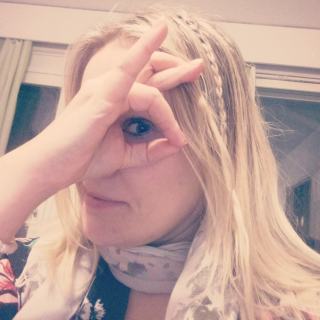 The Heart of Mary

There is astrophysics between us.

Teach us to number our days, that we may apply our hearts unto wisdom

A Gold Leaf on Purple Vellum

This website is provided by a Finnish lady and you might find some relatively practical information about Catholic church in Finland here.

In the beginning was the Word